The Maldives is a geological marvel stretching across the Indian Ocean at the Equator like a magnificent strand of rare pearls. Lying at 4 degrees 10 minutes north latitude and 73 degrees 30 minutes east longitude, this island nation is comprised of 1,190 small coral islands grouped in 26 atolls that extend north to for over 500 Nm on the Indian Ocean which are waiting for you to discover.

An atoll encloses a central lagoon with a flat, sandy bottom at a relatively shallow depth of 40 – 300ft. The outer reef, which forms many of the islands, is often broken by deep channels, which allows oceanic water to flow in and out of the central lagoon. Snorkeling and diving is generally outstanding in the passages of the channels, with a multitude of sea life including the large pelagic species of fish, dolphins and whales, which all find their food and nutrients in abundance here.

The islands have long been a welcome sight on the horizon among mariners, positioned as they are along ancient trade routes and sea-lanes. Now, as then, sailors are welcomed by Maldivians and find shelter from the Indian Ocean among its countless protected, deep-water anchorages. The island’s white sands are fringed with green palms and surrounded by some of the clearest water in the world. Coral reefs and tropical fish – from neon clownfish to slow moving manta rays – thrive in the warm ocean water. Maldivians trace their roots to several different cultures including South and Southeast Asians, Africans, and Arabians.

Our base is on the island Hulhumale’, which is the perfect spot to begin a sailing tour of this remarkable country. If your definition of paradise is a lifestyle stripped to the basic essentials of whether the sky is blue and the sun is shining, where the toughest question to answer is if the beach now astern is more beautiful than the one ahead, one word will suffice in describing the Maldives. Perfection.

Our itineraries will introduce you to astonishingly lovely white powder sand beaches on one island after another. Some feature local fishing villages you can tour, others are home to elegant resorts with facilities our charterers are welcome to use, and many are uninhabited. The snorkeling and diving, shelling and abundance of marine life are all beyond compare in water the temperature of a relaxing bath.

For honeymooners, sun worshipers, divers, or simply salty dogs in search of new cruising grounds, incredible memories and wonderful stories, the Maldives have everything one could want in an unforgettable sailing vacation.

The breathtaking nature and sheer beauty will remain with you long after your tan has faded. Prepare to be amazed by nature’s wonders!

The Maldives is a geological marvel strewn across the Indian Ocean at the Equator like an unforgettable strand of rare pearls. Lying at 4 degrees, 10 minutes north latitude and 73 degrees, 30 minutes east longitude, this island nation is comprised of 1,190 small coral islands grouped in 26 atolls that extend north to south for approximately 550 nautical miles.

The climate of Maldives is warm year round, determined by the monsoons. However, being on the equator, the monsoons are mild and not as defined as in neighboring countries. Of the two monsoons, the southwest monsoon from May to October brings some rain and wind. The northeast monsoon, from November to April, is the dry season with very little wind. The temperature varies little and range from 28°C to 32°C. 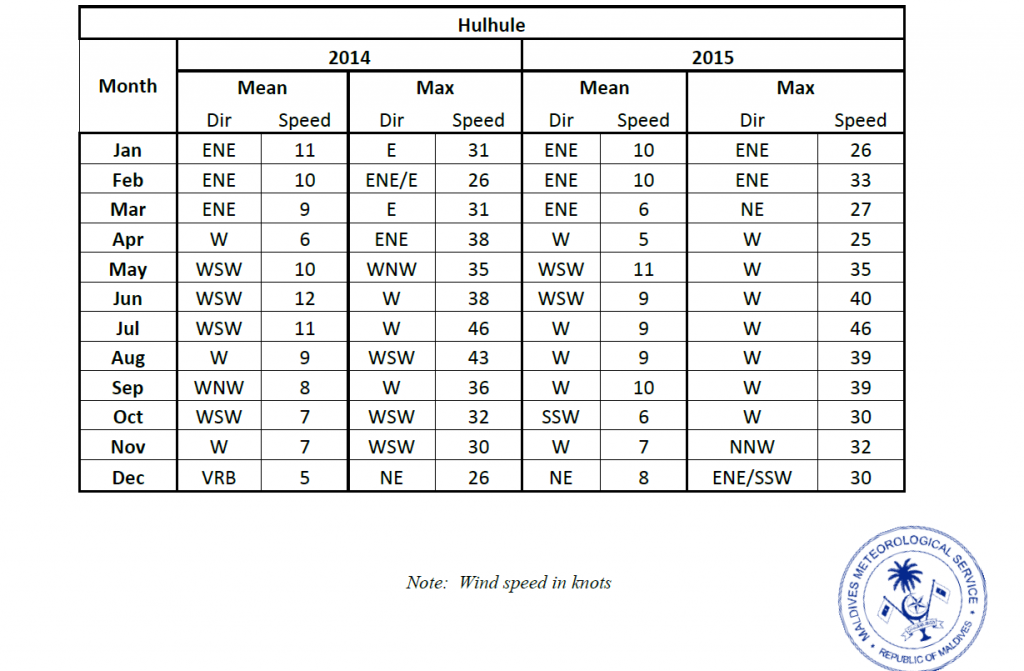 Passports and visas required: Visa required for up to 30 days; issued on arrival.

No vaccinations are mandatory

Bottled water recommended; no alcoholic beverages available outside of resorts and safaris/yachts.

Pornography of any kind, idols of any religion, Pork, Narcotics, Alcohol, Dogs, Firearms and Spear guns cannot be brought to the country.
Topless bathing and nudity is strictly forbidden in the islands of the Maldives. Reasonably modest dresses such as t-shirts and shorts are appropriate to visit islands.
Public observance of any religion other than Islam is prohibited.
Tourism began in the Maldives due to an Italian travel enthusiast named Giorgio Corbin who travelled to Maldives in October, 1971 after getting to know about the country from Mr. Kerafa Ahmed Naseem who was working at the Maldives High Commission in Colombo. He returned to Italy and published articles about the Maldives. As a result in February 1972 the first group of tourists arrived in the Maldives. Kurumba and Bandos, in Male’ Atoll, were the first resorts to be opened.

Maldives has come a long way since then-once an undiscovered tropical paradise is now one of the most popular tourist destinations in the world. At present there are over a hundred resorts in the Maldives. From high class luxury to simplicity and affordability, Maldives has it all. Almost all the resorts have a range of facilities and activities including water sports, diving, spa, restaurants serving a variety of cuisines, bar, gym, kids club, pool, tennis court, etc.

Over the years the industry has evolved immensely. Maldives was once considered as an expensive tourist destination. However, over past decade or so the image has shifted. Today tourists have a range of affordable accommodation options which include resorts, liveaboards, guest houses, hotels, etc.

Along with the fast-growing guest-house sector, liveaboard sector is also developing. Currently there are close to 90 liveaboards in the Maldives.

It is difficult or impossible to state with certainty the exact origin of the earliest settlers in Maldives. However, studies indicate that the rich heritage of Maldives traces back to 300 BC. It is believed that the first settlers were most likely fishermen from the southwest coasts of, what is now the south of the Indian Subcontinent, and the western shores of Sri Lanka.

Historically, Maldives was an important island chain due to its location along the ancient marine trade routes. Traders from the Middle East, India, Sri Lanka and Africa visited Maldives. These visitors contributed greatly to the Maldivian culture and language. Legend has it that Maldives was converted from Buddhism to Islam in the year 1153 AD by a Muslim from North Africa, as a result of the Arab domination of trade in the Indian Ocean at that time.

After the 16th century European colonial powers such as the Portuguese, Dutch and the French meddled with local politics of Maldives. However these interferences ended when Maldives became a British Protectorate in 1887. The British pledged to protect Maldives from any foreign aggression while Maldives in turn agreed not to collaborate with any other foreign power without British consent. The British were also not to interfere with the internal affairs of the Maldives.

In 1953 the Maldives changed from a monarchy to a republic with Mohamed Amin Didi becoming the first President of Maldives. The first republic was a short-lived one. President Mohamed Amin Didi was overthrown and Maldives returned to being a monarchy and remained one until 1968 – about two years after gaining independence from the British. In 2015 Maldives marked its golden jubilee of independence.

Since gaining independence Maldives’ road to development took up pace, especially with the introduction of tourism in 1970s.

Tourism, Maldives’ largest economic activity, accounts for 28% of GDP and more than 60% of foreign exchange receipts. Over 90% of government tax revenue comes from import duties and tourism-related taxes. Fishing is the second leading export sector. Agriculture and manufacturing continue to play a lesser role in the economy, constrained by the limited availability of cultivable land and the shortage of domestic labor. Most staple foods must be imported. 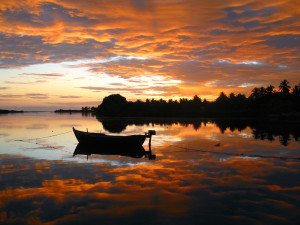 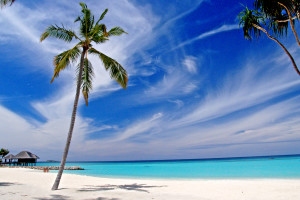 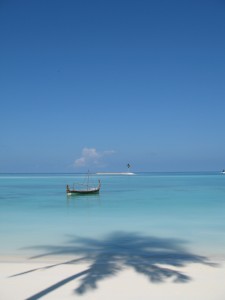 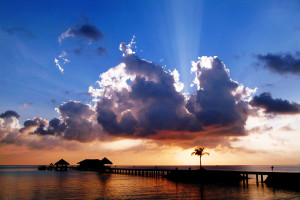 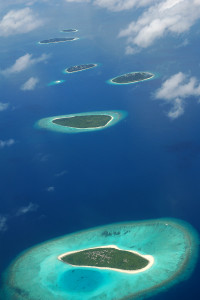 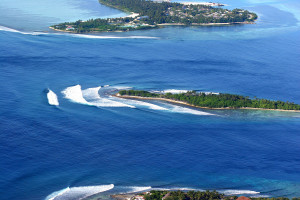 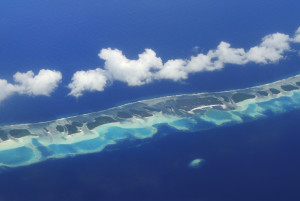 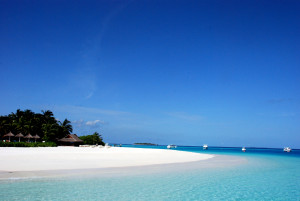 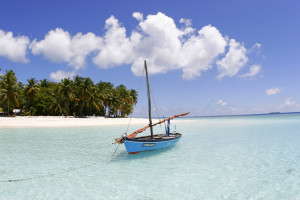 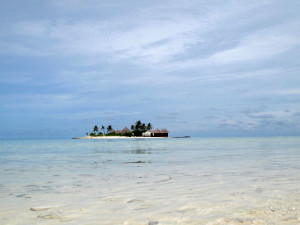 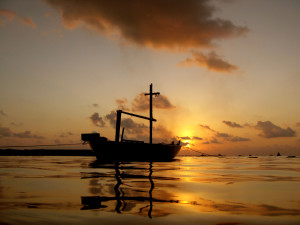 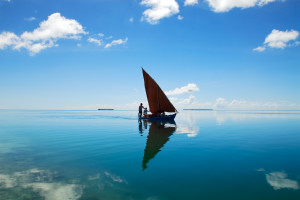 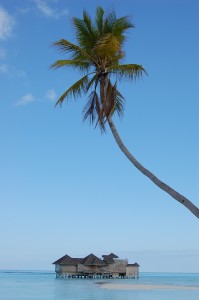 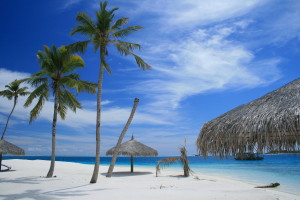 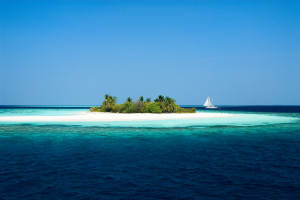 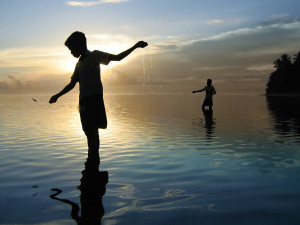